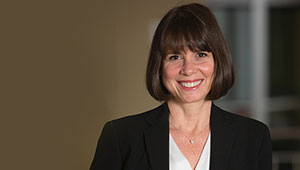 Apple appointed Susan L Wagner to their board of directors yesterday and people have been contacting me to ask if that is the same BlackRock I once worked at in the 1990’s. The answer is yes! Here is the announcement:

CUPERTINO, California—July 17, 2014—Apple® today announced that Susan L. Wagner, founding partner and director of BlackRock, has been elected to Apple’s board of directors. Bill Campbell, the board’s longest-serving member, is retiring after 17 years of service.
Wagner co-founded BlackRock in 1988 and helped it become one of the world’s most successful asset-management companies, holding a range of leadership positions including vice chairman until mid-2012. She continues to serve on the boards of BlackRock and DSP BlackRock (India), as well as Swiss Re, Wellesley College and Hackley School.
“Sue is a pioneer in the financial industry and we are excited to welcome her to Apple’s board of directors,” said Tim Cook, Apple’s CEO. “We believe her strong experience, especially in M&A and building a global business across both developed and emerging markets, will be extremely valuable as Apple continues to grow around the world.”
“We conducted an exhaustive search for someone who would further strengthen our board’s breadth of talent and background, and we are delighted to have identified such an outstanding individual,” said Art Levinson, Apple’s chairman. “I’m confident that Sue is going to make an important and positive impact on our company.”

I’m thrilled about this because one of the biggest frustrations of my adult life has been that most people do not fully appreciate the unique transformational leadership abilities that myself and others possess due to our experiences at early BlackRock. I hope that her joining this board forces people to look at and understand the history of BlackRock and that it unleashes a torrent of demand for the early employees who know how to make this rare type of business operations, risk management and business model transformation a reality. The story of what made BlackRock BlackRock during those early days is not well understood. Worse, it is not being transferred to other industries places where it could do good in the world.  This needs to change for the world of business to prosper and migrate in the 21st century.

This insane ignorance of our society about BlackRock was well demonstrated in this article comment about her appointment to the board:

She’s from an investment company but how well does she know tech?

UGH!!!! That drives me insane as BlackRock redefined an industry business model leveraging technology 20 years ago in a way that some companies still can’t even dream of today – because they don’t have a culture that empowered people to do things focusing on operational outcomes first. While the technology played a large role, it was about vision, leadership and a culture of trust, fun and empowering people to do the right thing. BlackRock, like Bloomberg, until the past few years was primarily a B2B story – consumer companies with no business model and no revenue get hundreds of times more media coverage in this environment and that is a shame because society is frequently focused on the wrong role models for mentors in business.

Though I didn’t interact with Sue nearly as frequently as Rob Kapito and Larry Fink, I did enough to understand that Sue possesses highly unique abilities and attributes:
– Sue is a a deal maker and unlike the majority of the M&A community, her analysis was much more than purely financial. When BlackRock bought a company it was not kept a silo, it was assimilated  into other BlackRock processes immediately. While most people that didn’t experience it will likely not appreciate the comment fully, this is what made BlackRock, BlackRock in its hypergrowth phase. Apple needs this ability as it acquires various assets.

– In a company where  everyone used a Sun workstation at the time, I vividly recall her insistence on using a Mac..back in 1995.  Rest assured Apple nation, you have acquired one of your greatest evangelists that you didn’t even know you had.

– If someone asked me what  I admired most about her, it would be that she led through quiet, deliberate actions that led to big events occurring.

Other things Apple left off the list are Susan’s operational insights. Apple has had some software missteps in the recent past…I was recently talking to some of my engineering friends that are heavy Apple users and I was saying wouldn’t it be amazing if we could talk to CEO Tim Cook and advise him on how to alter certain processes to increase the integrity of software releases, risk processes and integration using the techniques I used at BlackRock. Maybe someday now due to this event that might become a reality. 🙂

One article also suggested that this might just be a female diversity appointment, I take offense to that as Sue is qualified for this role regardless of her gender based on my knowledge of her. Good luck Sue! Make all of us ex-BlackRocker’s proud with your service on Apple’s board.

P.S. To BlackRock – Why don’t we have a designated alumni community yet? There are so many amazing people  that shared an amazing experience and we should all be collaborating to create future BlackRock’s.