Brett King Discusses Bank 3.0 – Why Banking is No Longer Somewhere You Go, But Something You Do…

By David Dalka on February 27, 2013 in Entrepreneurship 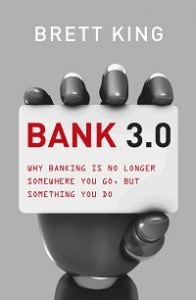 I was sent a copy of Brett King’s new book Bank 3.0 a few weeks back. Good reading on timely topics. Brett was nice enough to share some thoughts with me in an interview.

Brett King: Bank 2.0 was really about the challenges of shifting from branch-centric to multi-channel customer engagement. Bank 3.0 is all about the realization that digital is the future of the brand and that branch will become the alternative for most customers in just the next 3 years.

You do a lot of speaking to share your message, how did all of that get started?

Brett King: After I wrote Bank 2.0 I worked hard at getting invitations to conferences to get my message out. By the end of 2010 I was getting 2-3 requests a week, so I had to get some professional assistance from a speaker management firm to help me manage all the requests coming in. In fact, the reason I wrote Bank 2.0 and the subsequent books was really to get the dialogue going in the industry around the changes that were coming down the pipe, and to shake up the traditionalists who reacted with skepticism that things like mobile and social media were going to have a long-term effect on the business.

Now that we’re in launch mode at Moven, I can only do a couple of gigs each month, but I guess because of the message and my social media presence, etc that I still get quite a bit of visibility. So the original goal I had of driving the conversation across the industry is still something I hold near and dear.

What is the biggest obstacle to innovation in financial institutions today?

Brett King: Inertia. Essentially the fact that we’ve got so many hardwired processes and legacy systems that have been built into the bank ecosystem.

As an industry we’re suffering from the fact that there was always a paper application form, or someone in a branch to collect the paperwork and that revenue recognition is still biased towards these mechanisms. That ship is hard to turn though, so when new tech like tablets and mobile emerge, rather than open up these channels for revenue, we try and limit them to transactional capabilities.

As our customers’behavior is changing in respect to typical bank interactions, they’re not visiting branches as much, and therefore metrics around revenue, cross-sell, up-sell, etc are heading south, but we’re protecting the old processes on the assumption that they are less risky. However, in most cases the old processes are significantly riskier than the experiences we can build using new technologies today. Case in point is the simple bank statement. How much of the identity theft that occurs today is based on simply compromising a bank statement? 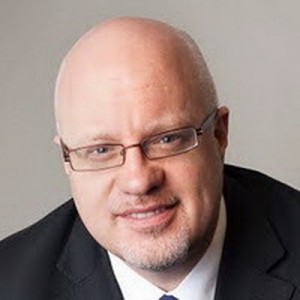 I showed a friend of mine the book, he asked, what about those who say payments have already always been everywhere without a bank with cash?

Brett King: That’s true, of course, but the difference is the fact that this is the first time in history that those payments have become purely digital and you don’t need a physical artifact (check, cash, card) to move money around the system (e.g. PayPal). The fact that millions of Americans and Chinese now use a pre-paid debit card as their primary day-to-day bank account, or that 50% of the Kenyan population save money on their mobile phone is a great illustration of the fact that payment modality is dramatically effecting the nature of banking.

Which is a bigger opportunity for traditional banks, transforming legacy branch structures and technology or lack of truly customer focused bank culture?

Brett King: The branch is not going to be the primary revenue channel in a few years, just a supporting service channel, so investing in branch is a huge mistake at this point.

I like that you defined social media as having started in 1978, I’ve talked previously about how the things we did at BlackRock during the 1990’s were a far more radical change in customer service than most financial institutions are doing today. Why do people have trouble understanding this is not new?

Brett King: I think if people aren’t putting themselves in the equation or dialog, then they see it as foreign. How many people said they’d never own a ‘cell’ phone, but do. How many people said they’d never use email or get an internet connection and do. How many are saying the same about Facebook today. We see the same trend over and over when new technologies like this first emerge. The problem is that these technologies like SoMe are impacting business far quicker than ever before.

In your opinion, why aren’t the boards of directors of financial institutions putting in place transformational leaders who understand how to build a winning culture in the CEO and CMO chairs?

Brett King: I think it is a generational shift that just may take time at many institutions. In fact, one of the most common reactions I get is the old guard expressing how glad they are that they are retiring soon and can leave these problems to someone else to solve.

What’s going on at your startup Movenbank?

Brett King: At Moven, formerly Movenbank, we’ve set out to transform banking and drag it into the mobile age. Our experience seamlessly brings life and money together for the mobile and social generation, helping them perform better at both.
We’re currently ramping up for the launch of our private beta release. Our launch will feature our Spending Assistant, a mobile feature that gives customers real-time feedback on their purchases directly to their smartphones. It gives them the context and control they need to make smarter spending decisions.
Moven is also proud to announce that we were recently awarded Best in Show at FinovateEurope.

Brett King: Banking might just end up being a really fun and dynamic industry to be in over the next few years! However, don’t imagine for one second that you can do things the way you have in the past. It’s all going to change.

When the Best Infographics Are No Infographic at All?
Ted Matthews Interview : The Real Meaning of ‘Brand’ is Outstanding Culture